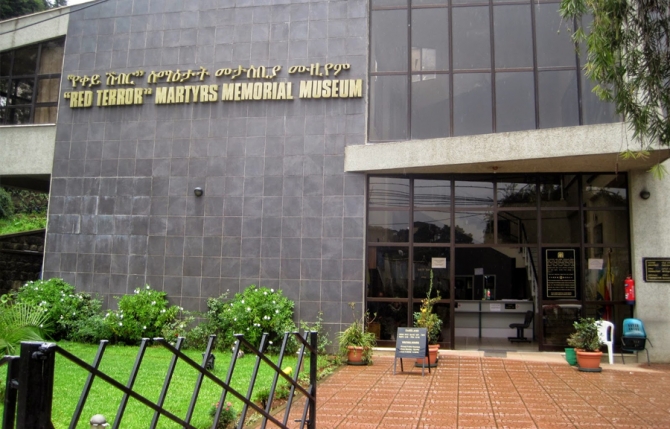 A different museum than most others was opened in 2010 in the center of Addis Ababa, Ethiopia, close by the historic Meskel Square. Unlike the collections dedicated to the cultural and religious heritage of the country, the Red Terror Martyrs Memorial Museum was designed as a testimony to the victims of a ‘Red Terror’ - a dark period of Ethiopia’s recent history and as a means of educating the public to avoid the recurrence of such events.

The military regime which otherwise was called “Derg,” meaning “A Committee” staged a coup d’état and over through the Imperial administration in 1974. Subsequently it ruled the country until it was overthrown by EPRDF in 1991. From 1977-78, the Derg unleashed a campaign of terror against the Ethiopian people consisting of torture, imprisonment and execution. The number estimated killed during the Red Terror varies from tens of thousands to Amnesty International’s stunning figure of 500,000. Irrespective of the precise count, the Red Terror brought horrific anguish upon large portion of the population.

Outside of the entrance to the museum stands a statue of three women grouped together. A white base contrasts with the dark stone used to sculpt the human forms. Their faces are cloaked in sorrow, with two of the subjects resting their heads on the woman in the center.  “Never Ever Again” appears on a sign indicating the horrific extent of the slaughter.